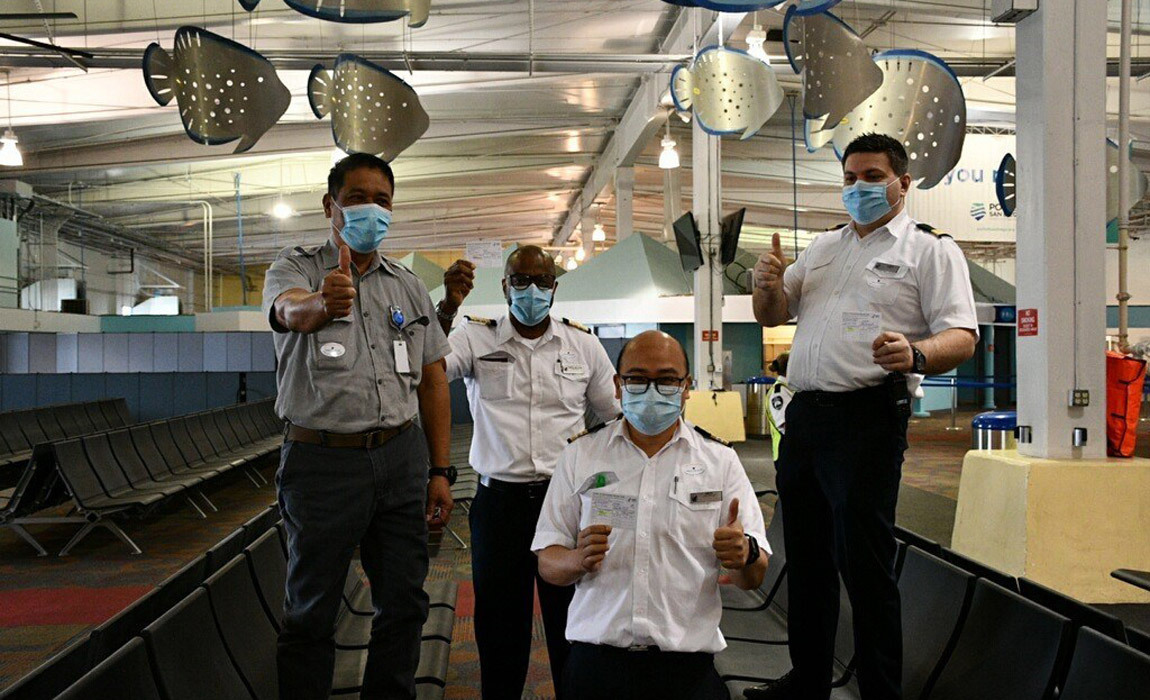 It's been a weird past 14 months for cruise fans. When we started this site in January last year it was our hope to be able to spread joy and share fun cruise ideas for those of you who love cruising from the West Coast of the United States, Canada, and Mexico. Well, flash forward a year and here we are at our first cruise event in more than a year. It was a weird experience being in San Diego's B Street Cruise Terminal without any luggage and no lines to get through security. However, it was an exciting time too, since it means that cruising from California is one GIANT step closer to becoming a reality as 118 crew from Holland America Line's Koningsdam came ashore for the first time in months and recieved their first doses of the Pfizer vaccine.

While most of the attention has gone to Florida, Texas, and Caribbean ports when it comes to discussions of when and how cruising will resume this year, west coast ports like San Diego, Los Angeles - San Pedro and Long Beach, as well as San Francisco aren't far behind. Sadly, we're probably not going to see cruising from Seattle this year but I'm still hopeful on that one.

Sharp Healthcare (who Heather from Flow Voyages and I both got our vaccines a few months ago) is the one coordinating the efforts here in Southern California and they've done a fantastic job. I've been very impressed with both their efficiency as well as the sense of humor that they've brought to a somber situation that for many folks quickly turns to joy once they realise that the vaccine shots make the person one step closer to getting back to normal. Without vaccines, cruising will not be able to return to where it was before and so seeing the Koningsdam crew get vaccinated, along with 231 from Nieuw Ambsterdam, and 144 from Princess Cruises' Royal Princess, made me that much more optimistic for the future.

It might also seem basic and unimportant, but hearing a captain's voice on a PA system for the first time in over a year as he began the vaccination process only added to that feeling.

Koningsdam and Zuiderdam will homeport out of San Diego for a season of crusies to Hawaii, Mexico, Pacific Coasta, Panama Canal, and South Pacific crusies from October 2021 through April 2022. This will include 35 port calls with Koningsdam (21 calls), Zuiderdam (12 calls), Eurodam (one call), and Nieuw Amsterdam (one call). The estimated economic impact of each ship visit is $300,000 for the San Diego region. Each of those visits represents aproximately $300,000 in economic impact for San Diego so this is a welcome development.

What Are The Cruise Lines Doing To Help Keep Us Safe Once Cruising Returns To The West Coast?

What Cruisers Need To Know About Avoiding Norovirus