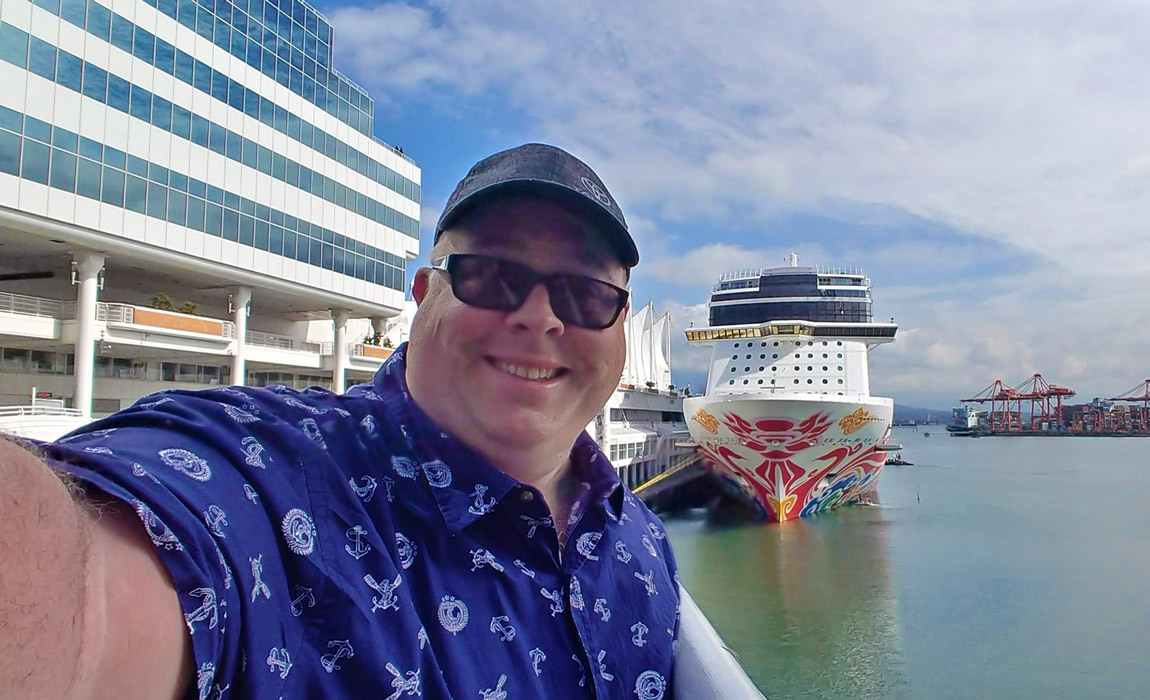 I write this not to be sensational but to share my thoughts and comments publicly about the CDC's request for information campaign that expires next week. We have one week remaining to share our comments and I encourage you to do so - both publicly as well as privately if that's what you would prefer. The cruise industry is an important part of the United States economy as well as an important opportunity for Americans who might choose not to travel to Europe or Asia, to engage in conversations with people from all over the world. Here are my thoughts on why cruising in the United States should be able to resume again.

We have one week remaining to submit public comments to the United States CDC via Regulations.gov website. Whether you support my enthusiasm to resume cruising in the United States or want to ban cruising completely, please let your voice be heard. All comments must be submitted on or before September 21, 2020.

While many of these questions they ask are extremely technical and probably not answerable by people who are not already working in the cruise industry or public health rules, you can still weigh in. If nothing else it is a fantastic window into the decision-making process being used to determine if this industry will be allowed to start again.

How To Submit Comments:

This is our chance to be heard. Anyone interested in sharing their comments can submit them to Regulations.gov via the following:

When you submit comments, make sure to use Docket No. CDC-2020-0087 to identify what you are commenting on.

The CDC DOES NOT accept emails.

While it will not be officially registered, I invite you to also share your comments with me by email or by social media. Ultimately we're a community of people who love to cruise and I'd like to know how you see things too.

Clearly I am biased, as someone who started this site a mere 10 months ago, the launch has been anything but smooth. Similarly, my wife, a Travel Advisor, who runs Flow Voyages was directly impacted by the pandemic as well and indeed has spent more time this year canceling and rebooking cruises than she has booking new customers. This is a sad reality and we've sacrificed a lot this year in terms of relaxation time and the opportunity to expand our own horizons not to mention the fact that we absolutely love cruising and meeting new people on board.

While both of us have "pre-existing conditions" we also would generally feel more safe on a cruise ship than we would in many similar enclosed situations on land.

Clearly cruises won't be able to resume "as normal" for a year or more but with basic modifications that the industry has shown it is able to make, the US should be allowed to resume and improve on the efforts that Italy and the Europen market has already pioneered.

Cruise Ships Are A Controlled Environment

With the advances in rapid, low-cost testing we have advanced beyond the days of simply relying on marginally accurate temperature checks. Today, we have fast and reliable COVID-19 testing that can be done before boarding and as needed should issue arise. Additionally, cruise ships are already experts within the travel and hospitality industry in understanding how to clean surfaces and keep guests safe. They are not new to the concept of sanitation policies that we now see restaurants and bars struggling with.

By testing all people entering and exiting the ship as well as testing all crew members on a regular basis a cruise ship can ensure to a high degree that there is a safe and healthy environment on the ship.

Cruisers, crew, regulators, and indeed any people living in and around cruise ports both foreign and domestic need to support these mitigation efforts and hold cruise ships to a zero tolerance level of compliance. This ultimately is not like situations where cruise ships can dump grey water beyond international boundaries or do other things because it is simply cheaper. However, I feel that at this point the cruise industry leaders who I have talked with are committed to doing whatever is needed so that they get prove to skeptics that they are ready and prove to their loyal past guests that it is safe to return.

Cruise Ships Can Extend That Bubble To Private Islands and Tours

While MSC received significant negative feedback for their requirement that any tours must be booked through the ship and prohibiting any direct contact between the cruise passengers and those of the port they were visiting, it worked. Cruises out of American ports - in particular Florida can do even better. Instead of visiting multiple ports, we can resume with trips back and forth between private islands as well as port calls where activities take place in generally socially distanced places such as jungles, beach clubs, water sports etc.

This is easier for us to do in the United States, the Caribbean, and Mexico than in the Mediterranean.

While Caribbean cruises from ports like Miami, Ft Lauderdale, and Port Canaveral are iconic, today's cruise industry engages nearly every port in the United States that can accomodate large vessels. This includes: New York, Boston, Houston, and Los Angeles but also smaller destinations such as San Diego

It is easy to dismiss the industry as simply "them" but this industry is "US" and we need to protect it the way they want to protect their guests and crew.

Mistakes will happen. With any disease or indeed any complex system such as a cruise ship, there will be mistakes that happen and unforeseen events that take place. This is to be expected. However, it is how the cruise industry reacts, adapts, and resolves those issues that will determine if it is a disaster or an inconvenience.

Furthermore, the cruise industry in the United States has gotten a bad reputation for exploiting US labor laws and other considerations by flagging their ships in foreign countries and other loopholes. These are issues that remain important to discuss. However, the cruise industry employs hundreds of thousands of people both directly and indirectly.

My wife and I are two of them.

Not only have we lost thousands of dollars ourselves this year but we have dozens of friends that are either employed by the cruise industry at one level or another (crew, corporate, and agency) that are currently unemployeed as well. That's not including the millions of dollars lost in port fees, hotel nights, airplane tickets, provisions, porter services, taxi rides, parking fees, etc.

Americans have shown that we are willing to go back and do things that we miss, even if it is not 100% safe yet. For example movie theatres and in-restaurant dining are both open now here in San Diego yet California has been one of the hardest hit states. Californians in general understand that there is a balance between "Open Up America!" and "Open Up America Safely!"

What Cruisers Need To Know About Avoiding Norovirus

What You Need to Know About Staying Healthy on a Cruise