Can Cruise Ships Survive A Hurricane?

This is a question than I hear many first time cruisers ask but luckily we've never had to find out. However, in theory though, while it would be an unpleasant and dangerous experience - yes a cruise ship could probably withstand all but the worst areas of the strongest hurricanes. That isn't the complete answer though since it is almost impossible that this scenario would ever be tested with major cruise ships that we see sailing from lines such as Carnival Cruise Line, Royal Caribbean, Holland America Line, Disney Cruise Line, Princess Cruises, or Norwegian Cruise Lines.

Like any simple question, simple answers don't fully answer them completely. For instance, the statement that yes it is likely that a cruise ship passing through a hurricane can avoid sinking - that statement assumes that the ship engines, navigation, and other key functions continue to work properly.

For instance, a wave that hits broadside on a ship will be much more damaging than a wave that the ship hits head on. Additionally, if navigation systems continue to operate properly then a captain can avoid the worst parts of a storm. Finally, a ship that continues to move forward has the ability to move through (or out of) a storm more quickly compared to one that is adrift and at the whim of the waves and wind.

For the sake of this discussion, we're only looking at large vessels from major cruise lines and not including small ship luxury vessels. This is because there is an order of magnitude difference between how big of a wave that a 100,000 gt ship can handle vs a 25,000 gt vessel.

Since the theoretical cruise ship in this hurricane survival scenario has operational engines and navigation, we're going to also assume that while it may be forced to sail through the hurricane area, that it will be able to avoid the relatively small eye-wall area that contains both the most intense winds and highest waves.

Additionally, while it is likely that a cruise ship will survive - and not sink - there's a very high likelihood that the vessel will experience major damage and there will also be human casualties and potentially even deaths occurring during the experience.

That's why all of the cruise lines have very active teams of experts such as Royal Caribbean's Chief Meteorologist James Van Fleet who are monitoring inclement weather of all types, all year round, but especially during hurricane season. These teams look at computer models and storm simulations in the hurricane zone to help the captain cruise smarter and more informed. While each captain has a person monitoring weather maps, the corporate command center has more resources and maintains communication with the fleet to ensure additional layers of data that keep cruises going smoothly.

How Big Of A Storm Can A Cruise Ship Handle?

Generally speaking though, a large cruise ship is designed to withstand waves that measure as high as 15-meters or nearly 50 foot waves. While Caribbean storms continue to increase in intensity and our measuring gets more accurate, this is enough to withstand up to the worst parts of the worst category 5 hurricanes.

Wave height during a storm are a function of wind speed, wind direction, and wind duration. Different storms can have significantly different numbers for those variables. For example, here are a couple recent storms with extreme waves:

By studying storms like this at sea through wave buoys and satellite images, scientists at the Naval Research Laboratory and NOAA have determined that waves of 90 foot tall are not just rogue waves created by large storms but are actually more common than previously thought.

The good news though is that outside of the eye wall, both the wind and wave height will decrease significantly and this means that while the hurricane force winds may extend hundreds of miles from the eye area, the intensity drops off quickly.

The Saffir-Simpson Hurricane Wind Scale categorizes winds based on the hurricane's maximum sustained winds. Gusts may be much higher.

One good thing about cruise ships encountering storms like this at sea is that there will be enough time to secure any objects that could become airborne and unlike when hurricanes hit land, these cruise ships will also not have to worry about flying objects from other places that may be traveling at high speed carried by 100 mph winds.

You might not think that is a huge factor but it isn't uncommon for a building timber to smash through a brick wall in winds like that!

Finally, another factor to consider isn't just what happens when cruise ships hit tall waves but also how far it can roll without turning over. The answer to this is that most cruise ships can roll to nearly 60 degrees before running the risk of capsizing.

The biggest reason for this that while they look top-heavy with as many as 20 decks above the waterline, the most heavy equipment such as engines, fuel, and supplies are located at the very bottom of the ship while the upper decks are mostly open and contain only people and furniture. Plus, the heavy steel from the hull weighs a ton and that too will help keep the ship upright.

The means that even smaller vessels like Viking Sky survived when essentially adrift in 26-foot rough seas following an engine failure in heavy weather.

Cruise Ships Are Very Unlikely To Get Stuck In A Hurricane!

While I think we've established that cruise ships can survive all but the worst parts of a the most massive storms, the reality is that the cruise lines will almost certainly change you cruise itinerary before a major storm even becomes an issue.

Sailing during hurricane season is a risky time of year when it comes to tropical storms and bad weather - especially in the Caribbean. For most guests though, it will will only be a minor inconvenience that may include your shore excursions being canceled and alternative ports may be added. While going to a different port or having your favorite port skipped all together can be a bummer, it's a lot better than putting the ship in danger.

For instance, several years ago, Heather and I were cruising in the Caribbean and a hurricane season was headed our way. The cruise line did their job and re-routed our itinerary to take us out of harms way but offered us future cruise credit due to the missed ports and even opened the phones for us to call friends and family to let them know we were ok and in no danger.

While there were many disappointed guests on that cruise, most passengers understand that the crew and executive team at the cruise lines wants to make sure the cruises go smoothly and that rough sea conditions can be avoided.

Hurricanes Happen On The West Coast Too!

While most of the discussions involve conversation around hurricane season on the east coast and specifically how ships survive hurricanes during Caribbean, New England, or a Bermuda cruise, this isn't the full story. West coast cruises to Baja Mexico and Hawaii can also be subject to hurricanes too.

While it is only in rare cases when Baja California and Jalisco / Puerto Vallarta are affected by major storms during hurricane season this is in large part because the peak seasons for Pacific Mexico hurricanes are August, September, and October. Of the most recenly 107 hurricanes, 54 storms happened in September before the end of Alaska cruise season.

It is only recently that we have had multiple options for year-round Mexico cruises from Southern California. As a result, Baja hurricanes haven't been an issue before. Since most west coast cruise ships are still in Alaska until late September and the ones that do sail to Mexico year-round focus on shorter cruises to Ensenada, hurricane season has been something largely ignored by cruisers on this side of the United States.

What that means for the future is unknown. It is very possible that as there is more activity in the area at that time of year that we will start to hear more about bad weather affecting Baja California cruises. As we start to see year-round cruises to Cabo and Puerto Vallarta, cruisers will be placed directly in the line of potential Baja hurricanes. Luckily, the same teams that work hard to protect folks in the Caribbean will be able to help support us too and ensure an amazing Mexican Riviera cruise experience regardless of weather.

While a travel agent isn't a magician who can magically make storms go away, they can help by making sure you have the right travel insurance and most will closely monitor the weather updates provided by the cruise lines as they work to find the calmest patch of seas for your cruise.

Just remember that you are on vacation and no matter the weather, you are almost 100% guaranteed to have a safe and fun experience even if your favorite port is skipped altogether because of a storm. If you happen to go to alternative ports, don't worry about your shore excursion money either - you will always get a full refund if purchased through the cruise line.

Just remember to maintain a good attitude and don't worry about the weather. There's nothing you can do about it and you have the knowledge now that yes a cruise ship can survive hurricane season! 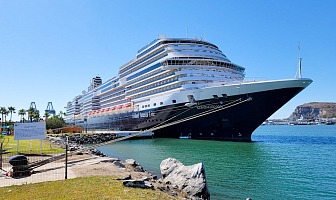 What is a Repositioning Cruise? 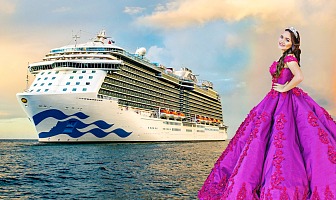 Your daughter's Quinceañera is a special event in life. You want to create something your…
Quinceañera Cruise Planning Guide 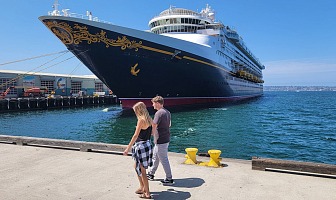 One of the most frustrating times in anyone's life is that awkward time between 18 and…
Cruise Line Minimum Age Policies: What Young Adults Need To Know