How To Get A Job Working On A Cruise Ship 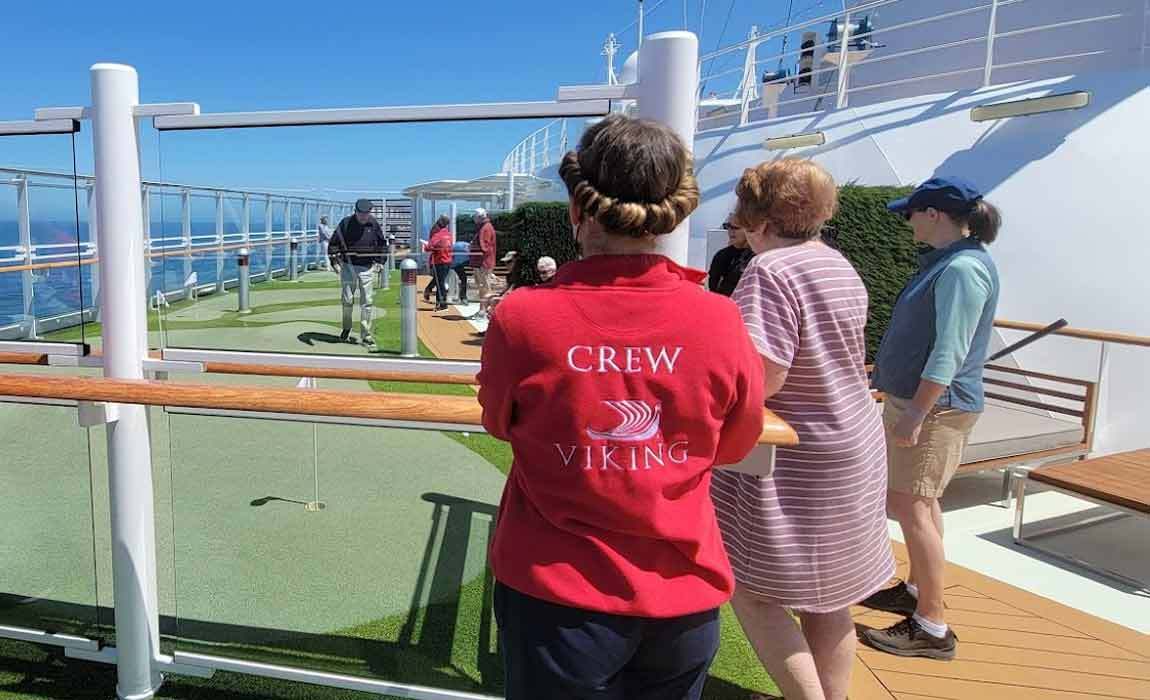 Have you ever looked around during a cruise and thought, "Wow it would be fun to live on a cruise ship and sail from one exotic location to another while constantly engaging with new and interesting people?" Well first off ... it isn't as glamourous as you might think at first. However, for many people - both in the United States and from various places around the world, a cruise ship job can be a highly rewarding experience. For many crew it can even be a career that spans numerous contracts, ships, and even different cruise lines over decades. Let's take a look at what it takes to get a job like this and if you have what it takes to get a job on a cruise ship!

Before we begin, it deserves to be noted that each cruise line has different policies. As such, not all details will be 100% accurate for every cruise ship. This is especially true when you compare policies and expectations between value cruise lines like Carnival, MSC, Princess, or Royal Caribbean and luxury lines like Viking, Regent Seven Seas, Oceania, or Silversea.

What Qualifications Do You Need To Work On A Cruise Ship?

For the most part, jobs on cruise ships aren't that much different than the similar job back on land. While a cruise ship absolutely has it's own way of doing things and is not the same as a land-based resort, with the exception of things like engineering staff or deckhands, other job qualifications would be similar. For instance, if you want to be a waiter or bartender you need to have already had experience and show talent in those roles. However, just like in other jobs, there are sometimes opportunities where the cruise line will train crew for roles that are in high demand.

However, there are some specific qualifications that are absolutely unique to working on a cruise ship:

As mentioned previously not all of these are accurate for every ship or cruise line, but the unique nature of a cruise ship where crew is living and working in close quarters and traveling in and out of different countries does require some unique basic requirements.

Language Fluency - all customer facing crew should be fluent in English and since English is the primary langage spoken on most international cruise ships, having at least basic English fluency is important for all crew members. Additionally, being fluent in more than one language is also a significant benefit and will allow for advancement opportunities, especially if those additional langages include: French, German, Spanish, Chinese (Mandarin and/or Cantonese), Japanese, Russian, or Arabic.

Valid Passport, Visa, and Work Permit - there might be other paperwork and certification required as well for certain privilages.

Criminal Background Check - since crew will be in very close quarters as well as have acess to sensitive parts of the ship as well as guests it is essential to ensure that there are now criminal issues in their past that could cause issues.

Tattoos, Piercings, Non-Traditional Hair - While cruise ships seem like fun places, cruise lines are notoriously conservative when it comes to the crew being able to express themselves through body modifications as well as basic things such as hairstyles and growing facial hair.

How Much Money Do Cruise Ship Crew Make?

There is quite a range when it comes to the salaries and total compensation that cruise ship crew make. While it is obvious that certain jobs such as a waiter might make less than entertainment staff, the actual number that a member of the crew gets paid can fluctuate based on tips and gratuities being a significant percentage of the overall wages.

Additionally, there are other non-salary compensation that factors into the equation too. For instance, in addition to salary crew also recieve free room and board, medical care, very cheap alcohol in the crew bar, free crew uniforms and work clothing, free laundry, and free access to laundry machines as well. However, most cruise ships do not provide complimentary wifi internat access.

One notable exception is Virgin Voyages, who's crew does get access to free wifi on board as well as a bunch of other benefits that most other cruise lines don't provide - notably being able to have visable tattoos, piercings, and non-typical hairstyles.

As a result of all these variables, a person looking for a job on a cruise ship should not expect a specific number unless they are being told by someone on a specific ship and cruise line.

Is It True You Can Get a Cruise Ship Job With No Experience?

Depending on the exact role that you are looking for, it is very likely that you can find a job working on a cruise ship - even if you have no previous experience in that role. Unfortunately, as you might expect - these "no experience" jobs are generally going to be entry level positions that require only rudimentary training. This includes non-cooking kitchen jobs, bell staff, porters, assistant cabin stewards, and bar assistants.

While these jobs may not seem exciting, they provide a food in the door so that you can learn skills and get on-the-job training and ultimately move up. For instance, as a bar assistant you might start by simply doing basic things such as cleaning or making sure that the bar is fully stocked. However, this is an opportunity to show one's talent for making drinks, taking guest orders and other talents.

Just like with other job environments, a good manager will be able to identify good people and promote them. This is one reason why we ALWAYS encourage guests to fill out their comment cards and highlight members of the crew that provide excellent service.

In fact, on a recent cruise I mentioned to the hotel director how pleased we were with our cabin steward. The hotel director responded that he agreed, appreciated the feedback and was sure that our room steward would very likely be promoted to a butler in the near future.

How To Apply For Cruise Ship Jobs

There are three primary ways that you can apply for a cruise ship job and these are pretty much the same as for any other hospitality job that you might consider on land. These include: working with a recruiter or recruiting agency that specializes in cruise ship jobs, applying via an online cruise ship job board, or directly on the individual cruise line's website.