What Is A Typical Cruise Ship Captain Salary?

We see a lot of discussion around how much cruise crew get paid - or realistically, how little. However, one of the other major questions we get asked is, "How much do cruise ship captains make?" The simple answer here is that it can vary based on a number of factors including the length of service, cruise line, education, and size of the ship. Let's take a look at what goes into a cruise ship captain salary ...

Captain - Master of the vessel

Staff Captain - second in command of the vessel

Safety Officer - responsible for crew and passenger safety drills, and all emergency procedures

1st, 2nd and 3rd Officers - reporting the Staff Captain these officers are responsible for various watch duties as well as navigational responsibilities

Bosun - head of the unlicensed deck crew, schedules all meetings and manages activities not involving officers

With such a high level of responsibility but also a large range of types of vessels, you can see why the simple question of what does a cruise ship captain make can be pretty complex. After all, a cruise ship captain with responsibility for a $1.4 billion dollar ship such as Oasis of the Seas carrying more than 9,000 people and weighing more than 226,000 gross tons would have a higher salary than a captain responsible for overnight trips with only five passengers. 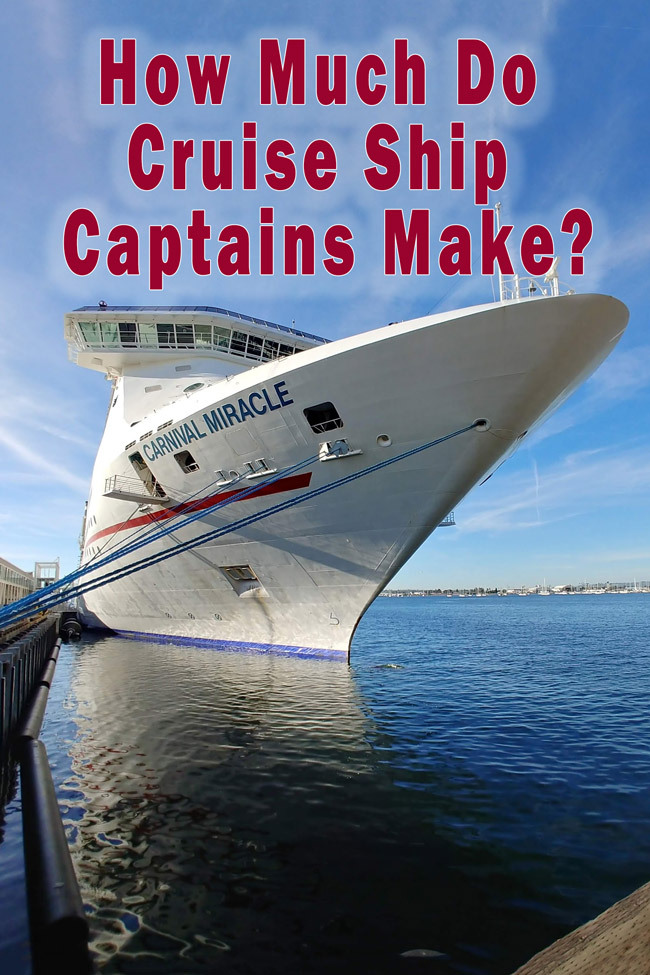 When most people think of cruise ships, they have visions of the large ocean-going vessels that are essentially floating hotel resorts carrying thousands of passengers. However, when you look at sites such as ZipRecruiter they actually include salaries of captains on smaller passenger vessels as well. Personally, I don't include a vessel with only a handful of passengers to be in the same category as those with thousands of cruise passengers spending a week or more onboard.

Not all cruise lines pay their captains the same salary. Additionally, the weekly or monthly cruise ship captain salary might not be the full picture. Generally speaking, within the cruise ship industry, The top salaries can be found at Carnival Cruise Line, Norwegian Cruise Line, MSC Cruises, and Royal Caribbean. This generally also correlates with the size of the vessels that a captain might be commanding since the next up are Princess Cruises, Disney Cruise Lines, Seabourne, and Holland America. While there will always be variations in how much a cruise ship captain will make, it is clear that the biggest ships command the biggest salaries to attract the most skilled cruise ship captains.

Additionally, there are likely many other factors that go into the overall salary compensation package for a cruise ship captain beyond just salary. For example, the accommodations on board, stock option packages, and various company privileges that might differ from one cruise line to the next.

For example, some captains have become social media celebrities and essentially play the role of both captain and master of the vessel, as well as a spokesperson for the brand. A perfect example of this is Captain Kate McCue who has amassed nearly half a million Instagram followers. She is one of the youngest cruise ship captains but also among the most highly paid.

It is estimated that Captain Kate McCue's salary is as much as $200,000, though she makes additional income from her social media work. This places her net worth at somewhere between one and five million dollars. This obviously is significantly above any other cruise ship captain today.

Hiring Crew and Officers For Cruise Ships Is Very Competitive

While several decades ago the industry may have been different. In today's world hiring the most skilled cruise ship crew as well as officers is a highly competitive endeavor. This means that factors such as how much do cruise lines pay captains all the way to the bottom of the ship with crew working in the engine room and cleaning cabins is constantly changing. Cruise lines know that it is no longer an issue of simply offering an opportunity, the best crew and officers will go to those ships and cruise lines where they are compensated well. This includes cruise ship captains as well of course. 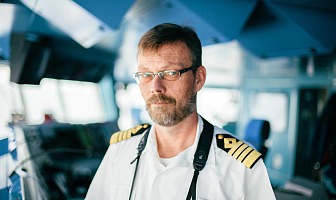 How To Become a Cruise Ship Captain