10 Things That Will Get You Kicked Off A Cruise Ship 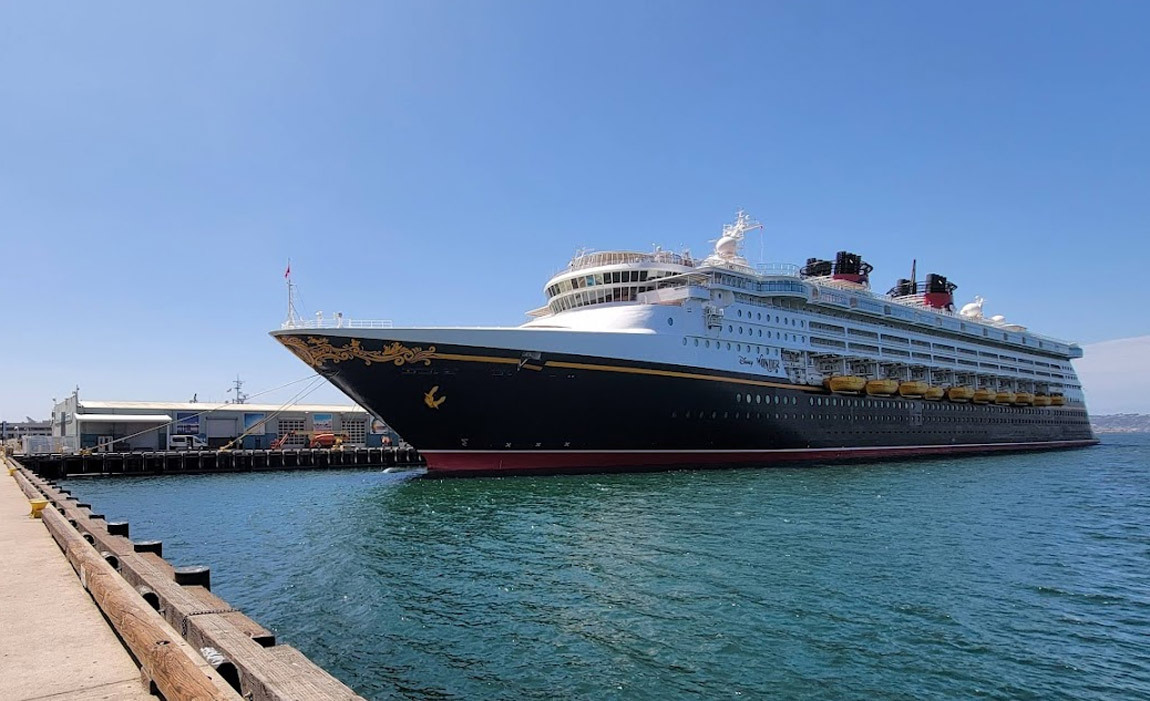 You've planned your cruise to the West Coast for a long time. It's all you've thought about for months. The plans to see Catalina Island and all the other destinations there have you obsessing so much that people are starting to think you met someone new. Now it's the big day. You begin your cruise and then one of these things happens. Then you find yourself heading back home. Here are the ten things that can get you kicked off a cruise ship.

The first thing that can get you kicked off your cruise ship is one that prevents you from boarding. You must have the correct documents at all times. Of course, heading to the West Coast doesn't have the same requirements as international cruises. You still need certain documents to board. You'll always need a government-issued form of identification. Make sure the picture on it is current. Keep them in a little bag with you. Many passengers buy bags that go under their shirts, accessible at the front. That can also protect you from pick-pockets at port stops.

The votes are unanimous for the second thing that can get you kicked off a cruise ship. Boarding the ship requires a muster drill, so you know the rules of the seas for safety. If you fail to show up, you could face the consequences. While you might not get booted from the ship, do you want to take the chance? Regulatory agencies do this on the sea, and so do cruise ships. They give you one make-up chance. Blow it off twice, and the next port could be your final destination.

The third thing isn't about you doing anything wrong. It's still something that can happen to anyone. If you get sick on the trip, you could find yourself placed in quarantine until you're better. That could mean several things along the way. Unless it's simple, you could very well find yourself on a plane back home at the next port. There are some ways to make sure you don't get sick, of course. Make sure your vaccinations are up-to-date. Stay on a regular sleep schedule, and eat well. Even the healthiest people find themselves in this situation for no reason at all. It's bad luck. Stay away from people who have colds or places where exposure is more likely to occur. Keep your vaccination passport on you, too. You never know when it's needed. Remember to keep masks on hand as well.

The fifth thing that can be a problem is a late arrival. If you don't show up when you're expected at the ship, they will leave without you. While that doesn't exactly get you kicked off, they typically won't wait for you. Your choice is to fly to the next port and board there. Far too many passengers find themselves at the port after port, running to try to board after the ship has left the port. Screaming won't make them stop. There are security protocols, and one of those is being on time. So always make sure you are.

Next on the list at number six is bad behavior. It's simple to avoid this. Unless you behave like those people who insist on behaving rudely, you'll be fine. There are so many stories of people getting kicked off their cruise ship because of this issue. One of the most common stories is how a passenger throws a fit over something and upsets another passenger. Smiling and being polite can help protect you against that other passenger that seems to go around picking fights with everyone. Just smile and ignore the people who try to start something. You can actually report them to the staff if you feel uncomfortable or think someone is trying to upset another passenger. The basic rule is to never be that person.

Number seven might upset you if your mode of communication is to demand things. When you go on a cruise, you're expected to behave respectfully to the staff. That includes things like trying to get into the staff's quarters. It might seem unbelievable, but some passengers try to go where they shouldn't. Don't make that mistake, or you could find yourself kicked off the cruise ship. Curiosity can kill the cat, and in this case, get you booted from your cruise.

At number eight, you have drunken behavior. While you're more than welcome to have a few drinks and have fun, you better have that under control. If you get out of control, you'll find yourself kicked off. Watch your alcohol consumption, and only drink where it's allowed. Make sure to eat something when you drink as well. Some people try to enjoy one on an empty stomach. That's not a good idea.

Number nine is something most people don't try. Some passengers try to do things they shouldn't in public places on the cruise ship. Any lewd behavior will get you booted from the cruise. Forget arriving at any destination on the West Coast. You might even get arrested in a foreign country. The stories are amazing. It's unbelievable how much trouble you can get yourself into if you decide to get frisky in the wrong places.

Number ten involves the use of drugs. If you bring them on the ship and get caught, then you can expect to leave at the next port. It's not exactly what you want for that cruise that you dreamt of for months. You won't get to see anything on the West Coast if you try to do drugs on your cruise.

All these things are really just common sense. It's amazing how often you hear stories of people fighting on cruises. They end up being forcibly removed from the ship. There are so many things that are basic rules that people don't even think about. For example, only children that are potty-trained can go in the pool. The basic rule of thumb is to remember your manners and don't drink too much. Oh, and wear a watch.